The final episode of XF is alway a show per se. Moving all the production in a 8000 seats arena and creating a whole different set and show in less than a week is a real challenge.
For this edition I wanted to bring the magnitude of a stadium show on stage, so I decided to create an opening number with more than 100 performers on stage with Robbie Williams. The set cut the parterre in two halves allowing the actions to be completely surrounded by the audience.
All the 300 costumes were designed by Armani. 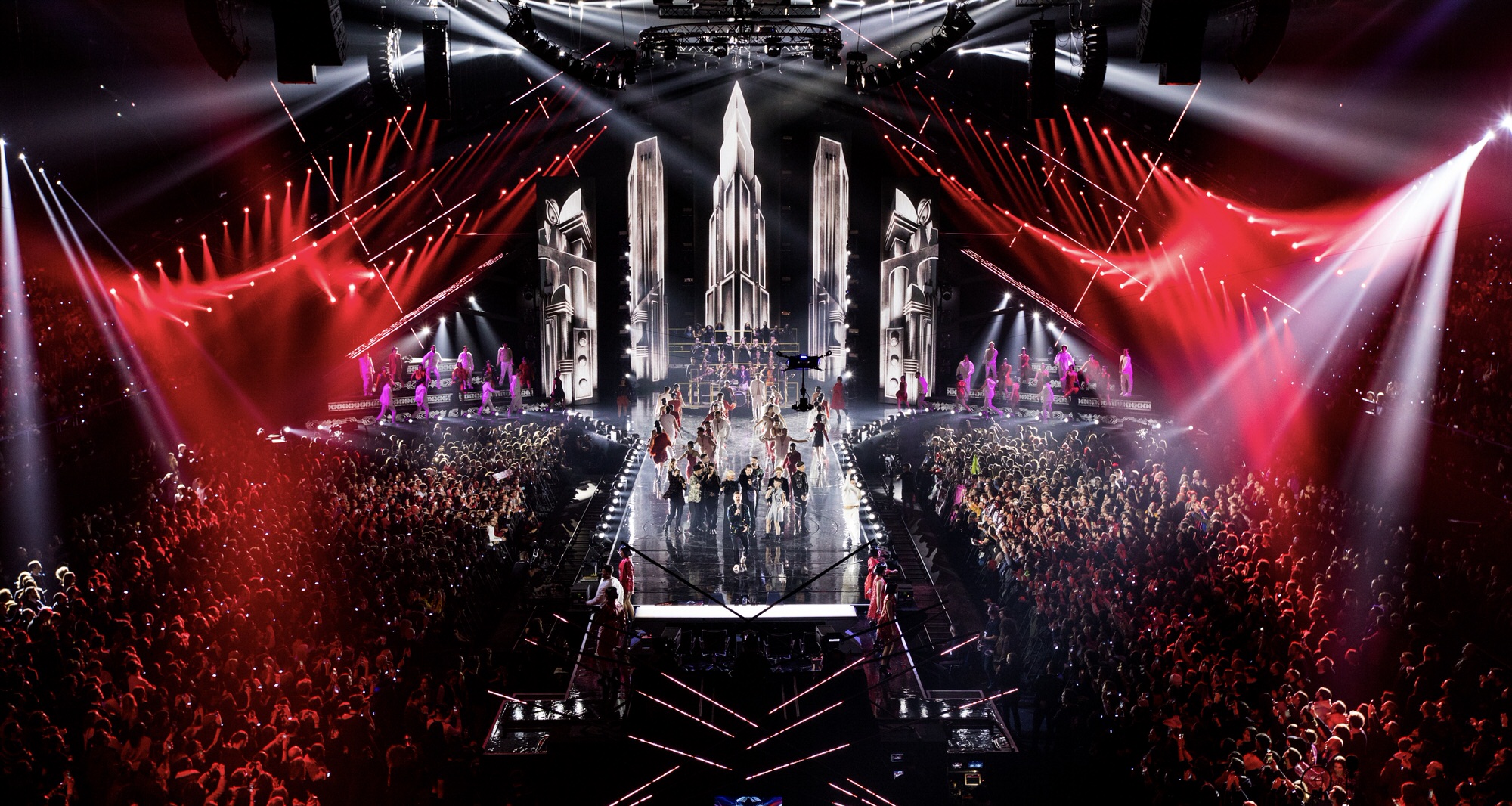 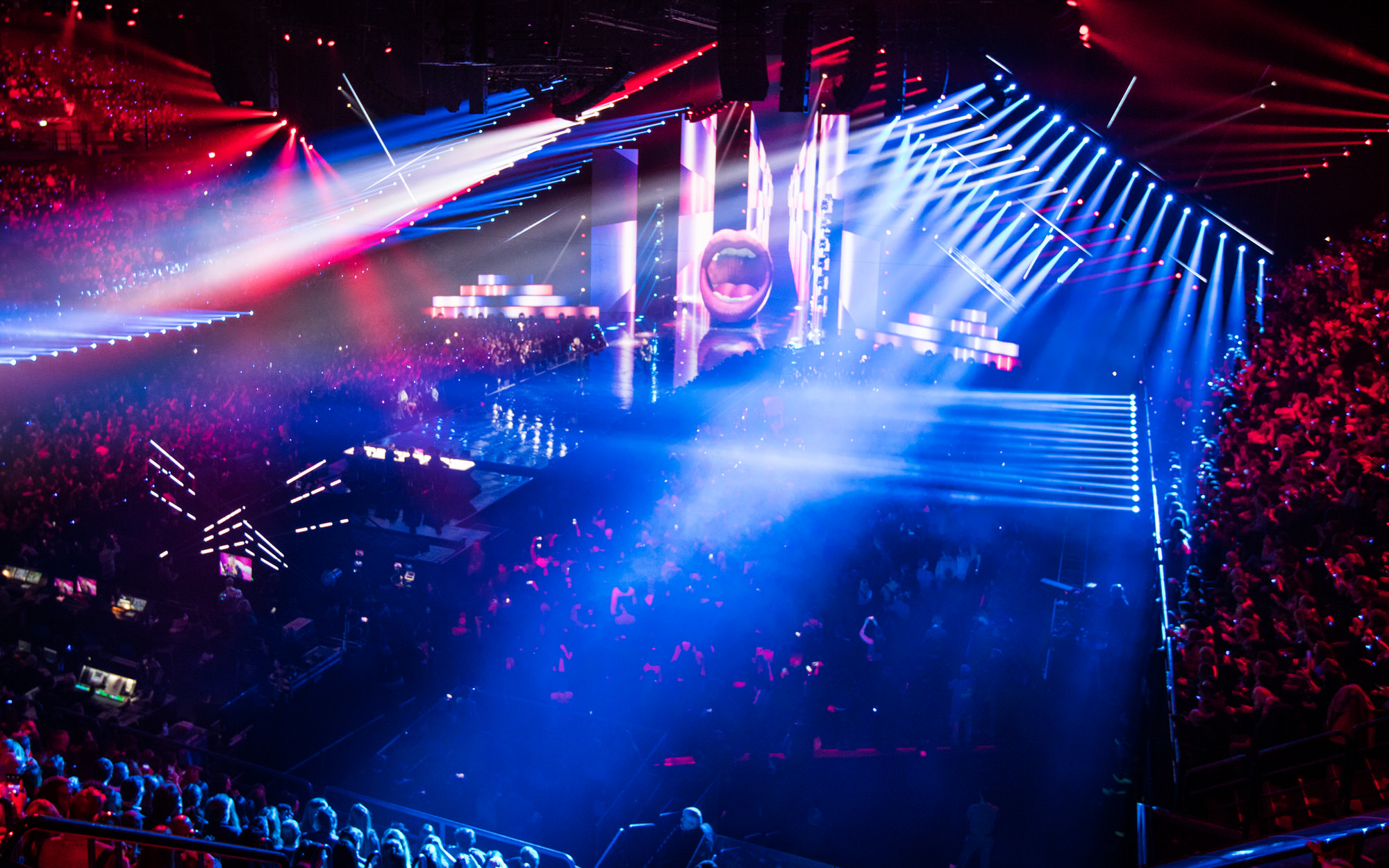 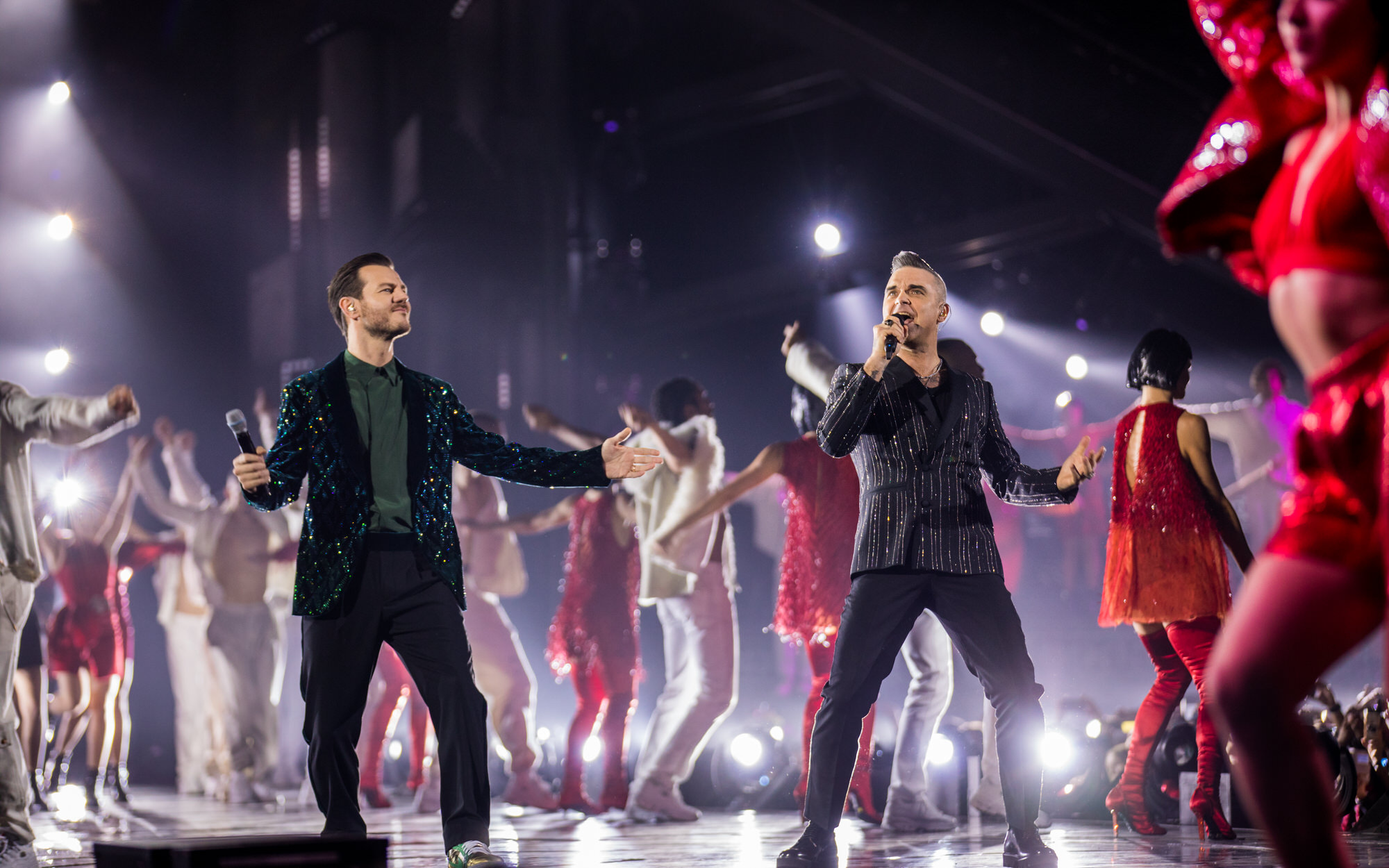 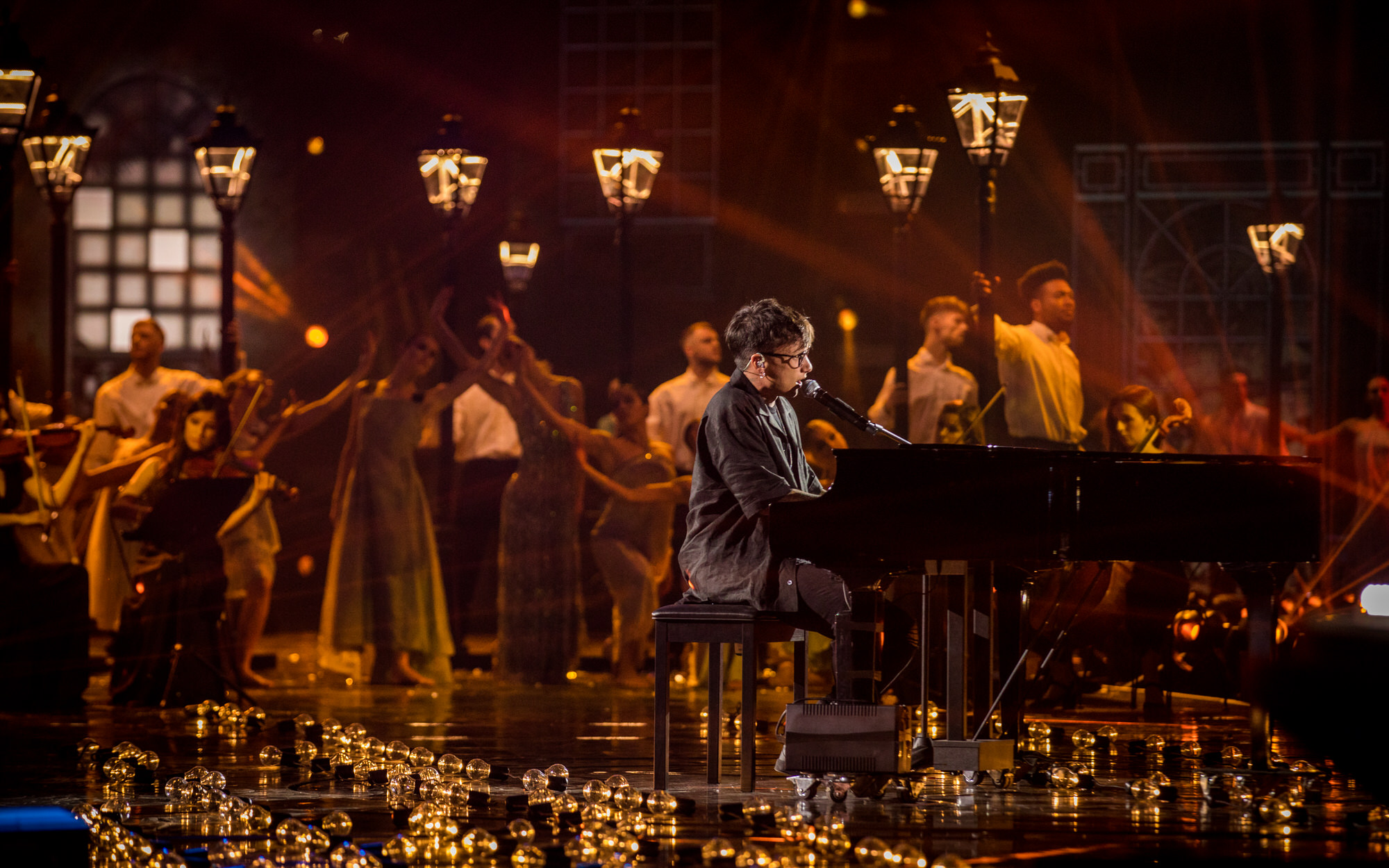 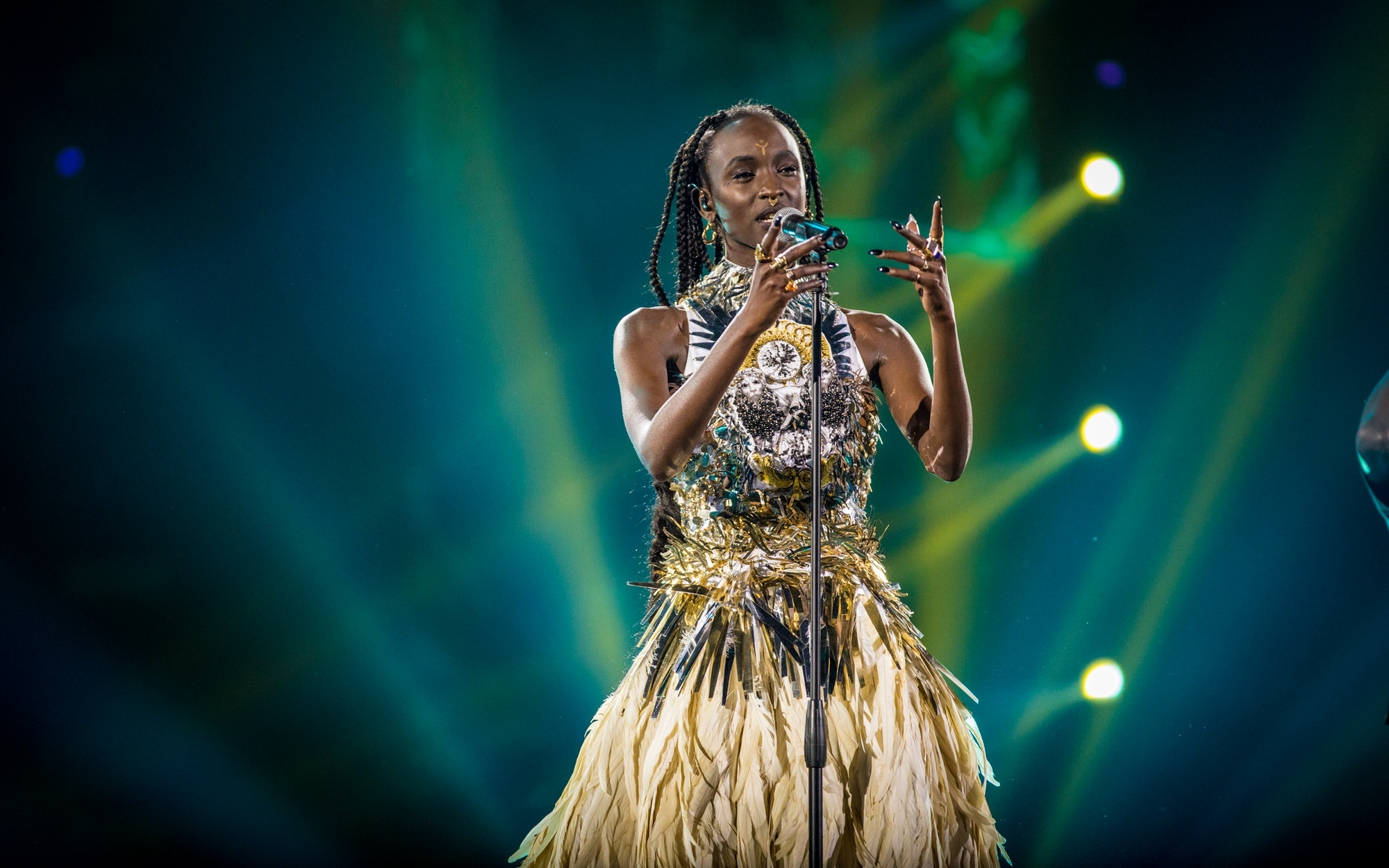 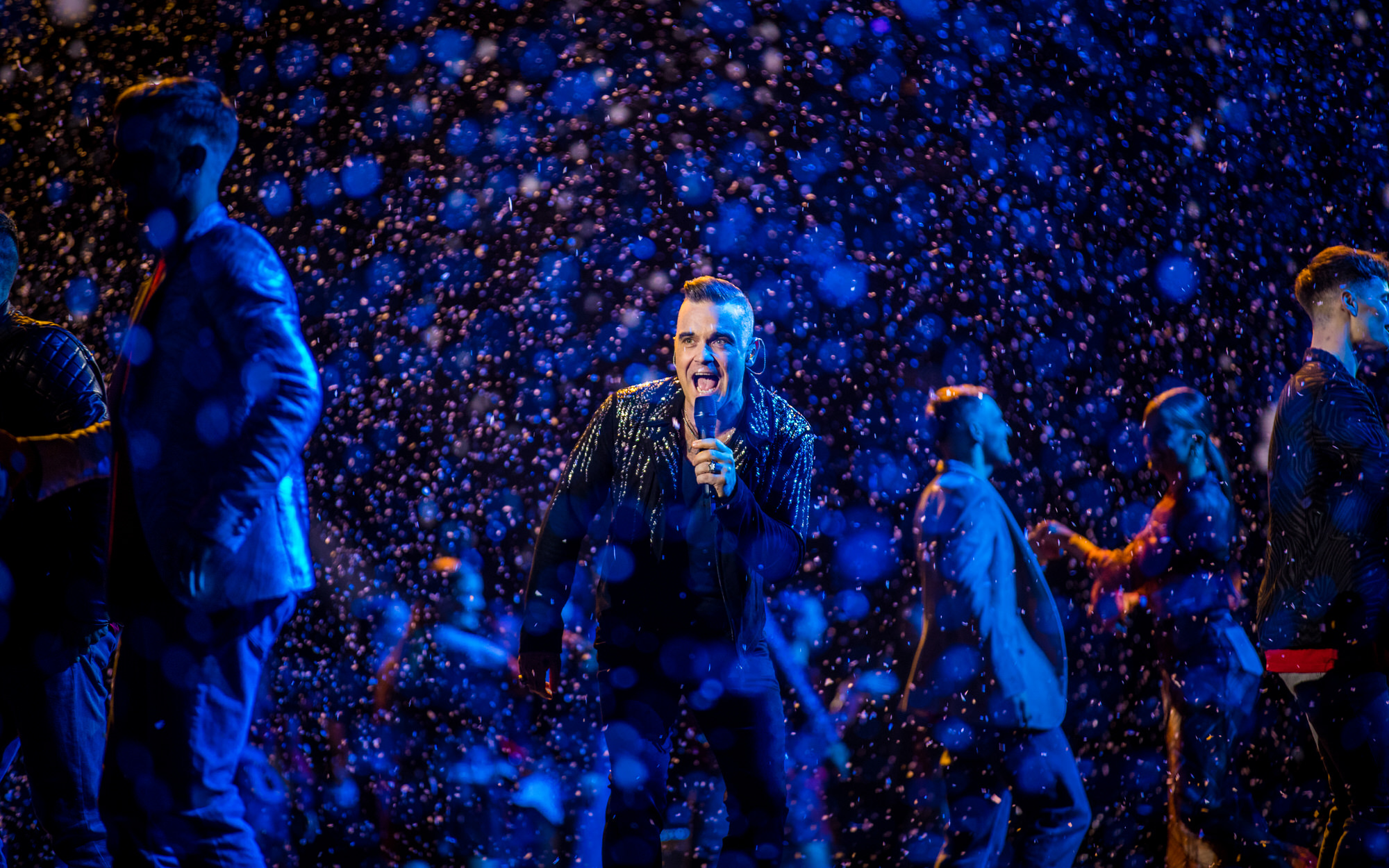 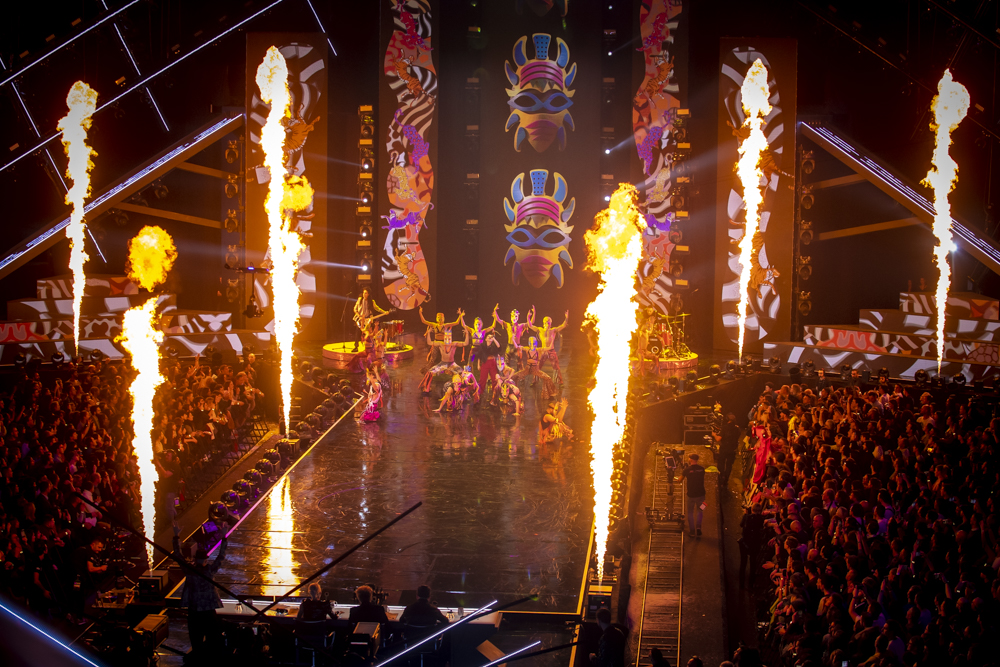 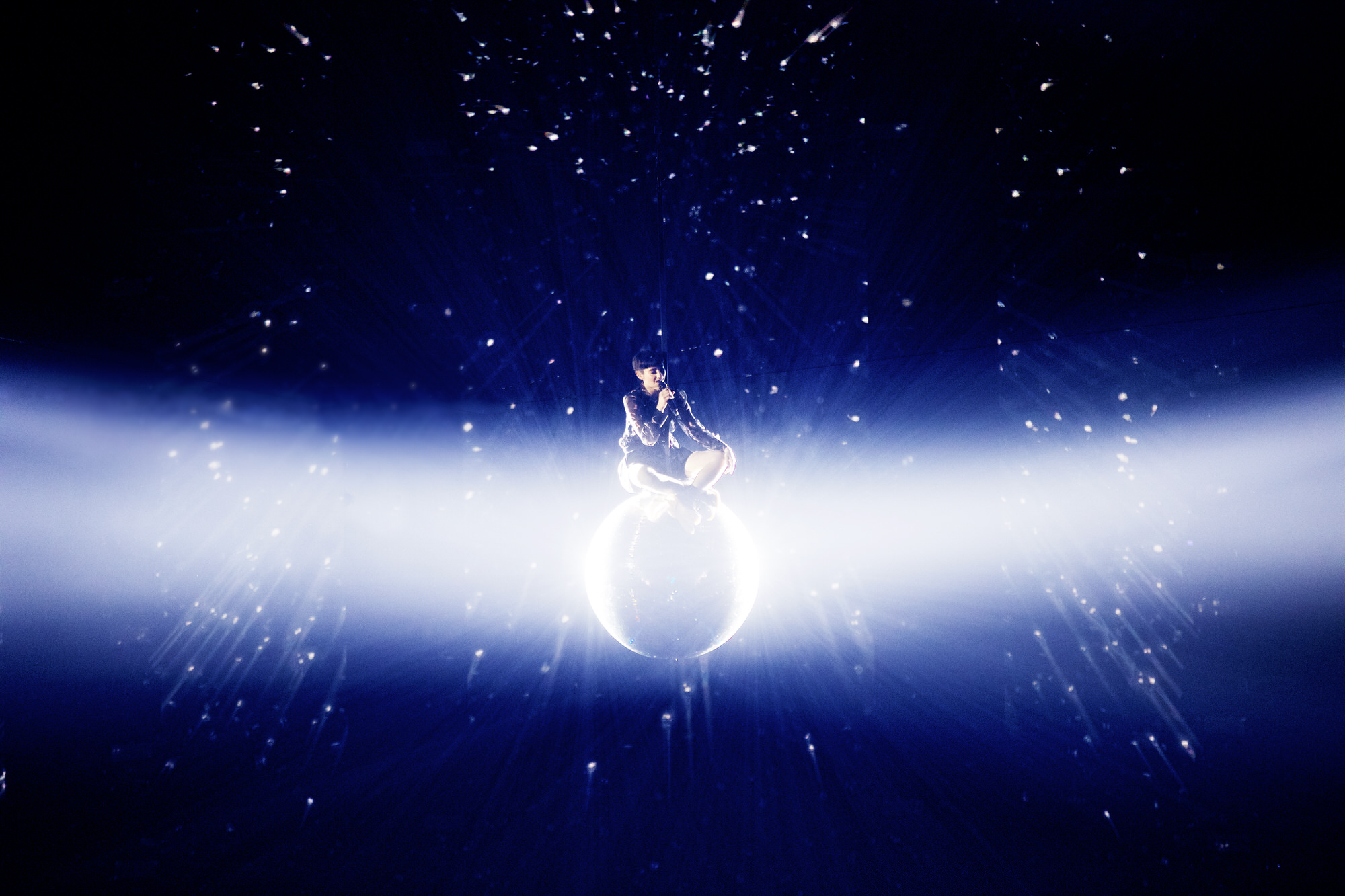 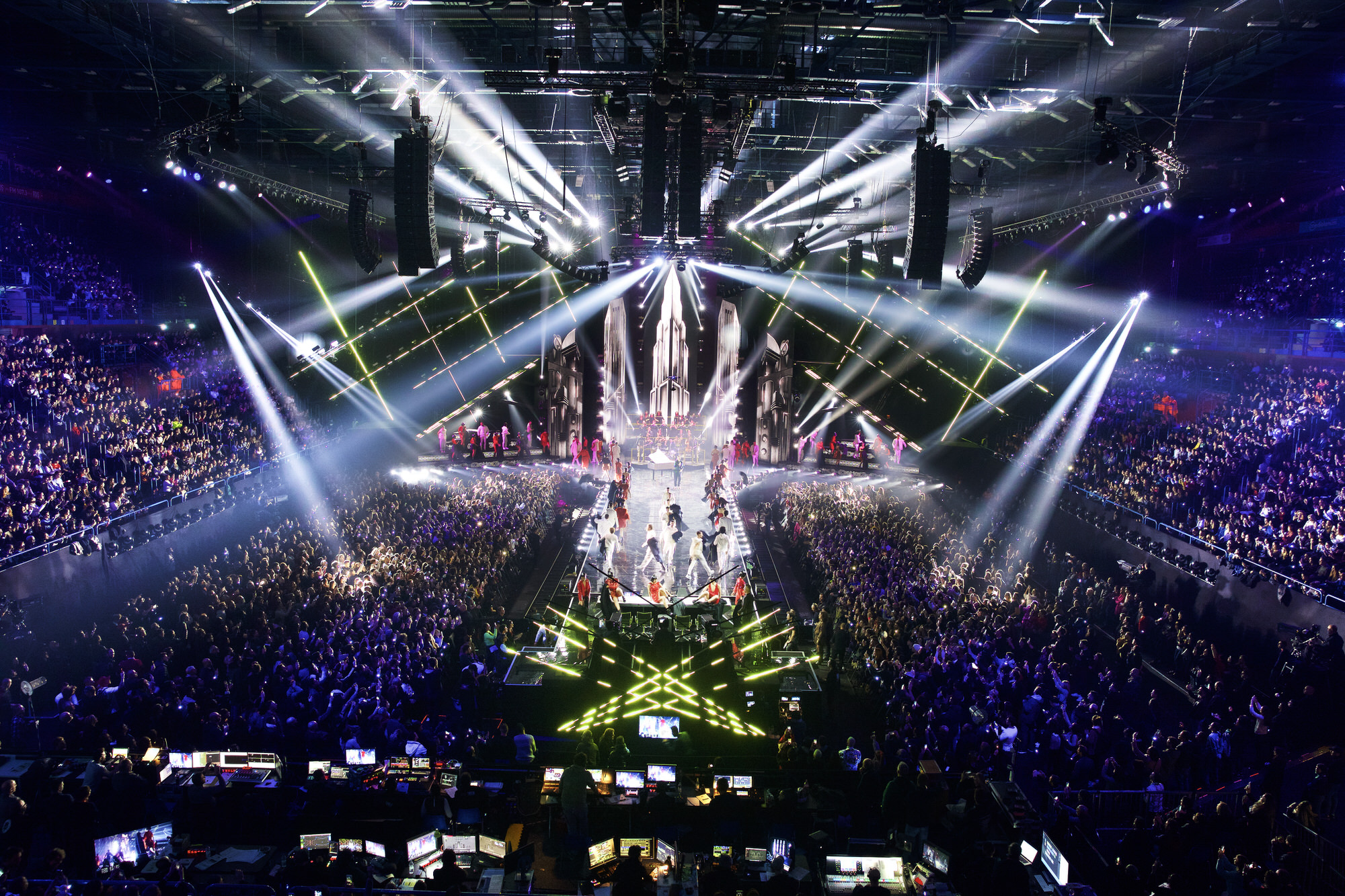 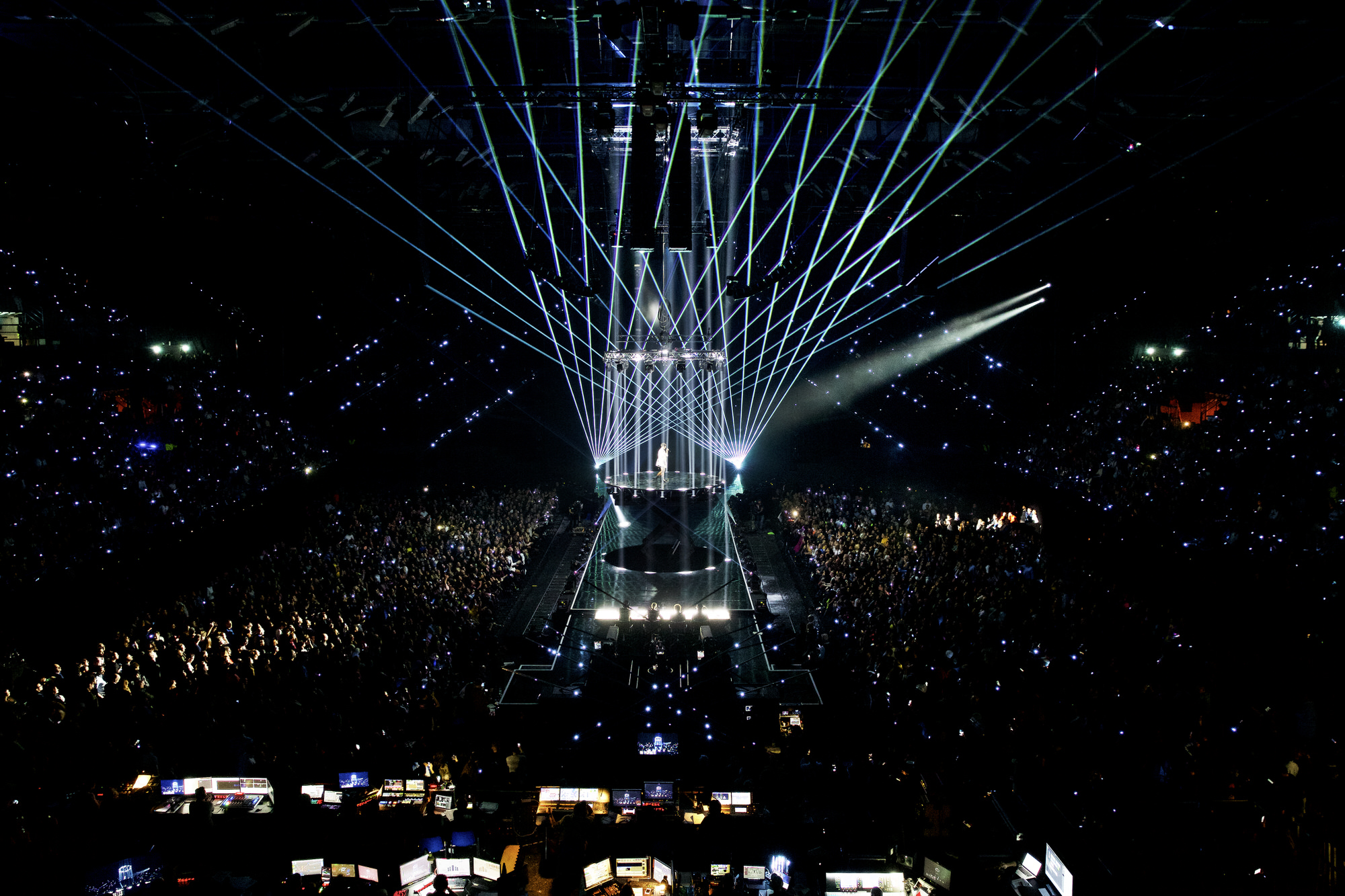 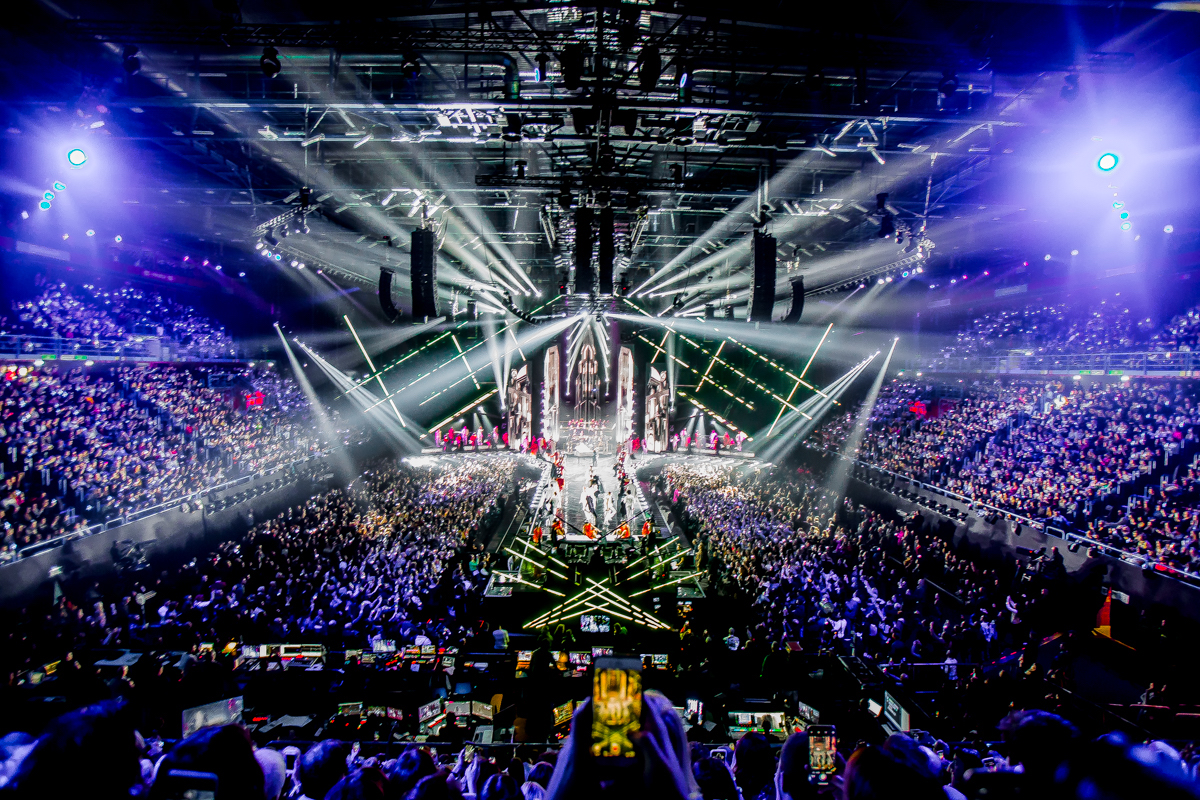 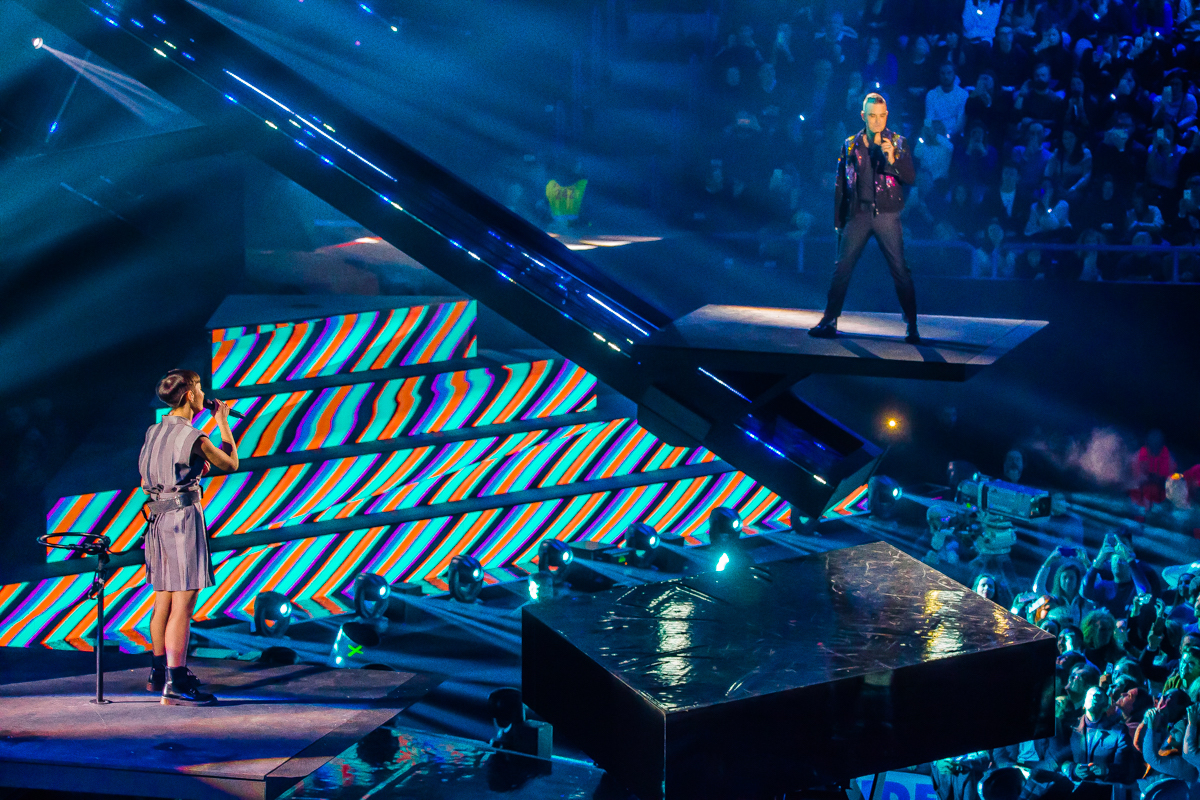 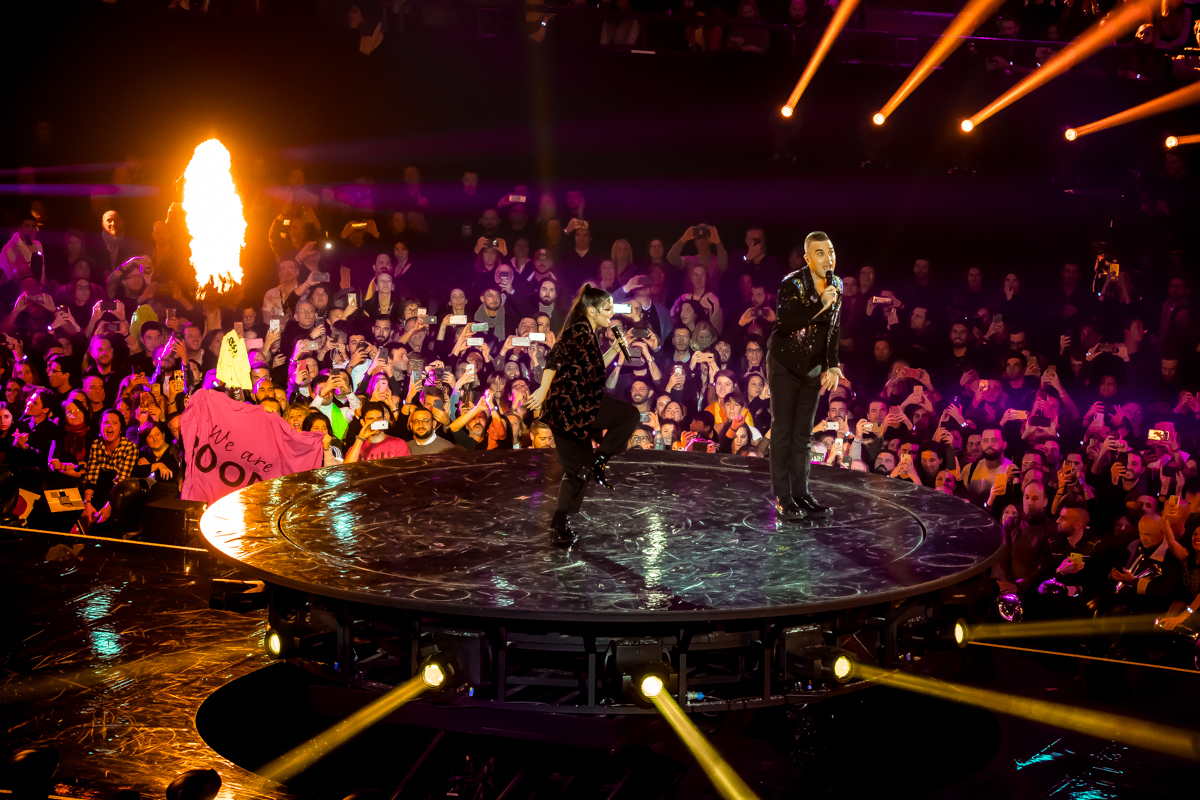 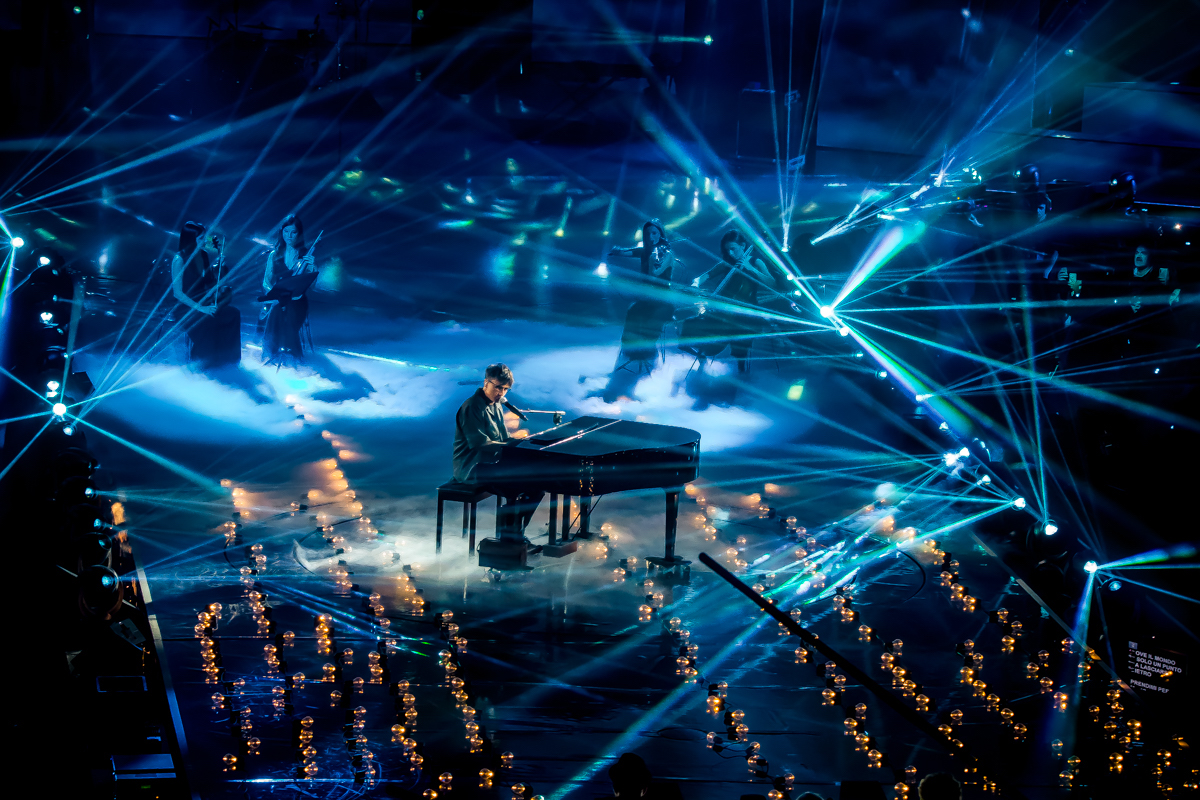